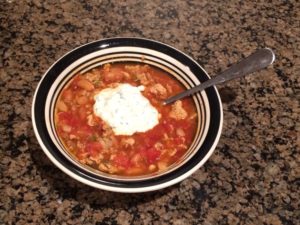 I’m so glad I didn’t decide to make this as a white chicken chili. To do that, I would have had to leave out two of my favorite things in a chili: chilies (duh) and tomatoes. Besides being ridiculously healthy, it’s also pretty and very tasty.

I ground my own chicken from breast meat, leaving in the little bit of fat that came with them. It’s really negligible…something on the order of a 97%/3% mix, but I think it helps with the sizzle.

I also decided to try a quick prep of the dried mayocoba beans. Typically, they’re soaked overnight, then boiled for a long time to soften. I found that I can achieve the same results in 30 minutes using a pressure cooker and enough stock to cover the beans, plus a few inches. The beans weren’t totally soft, which is what I wanted: the cooking process in the chili would finish the job.

Also, in my recent penchant for shortcuts, I decided not to devote much time to the tomatoes, and instead went with the canned variety.

This is not a very spicy soup…it’s intended for normal people who don’t want their faces burned off by the heat. 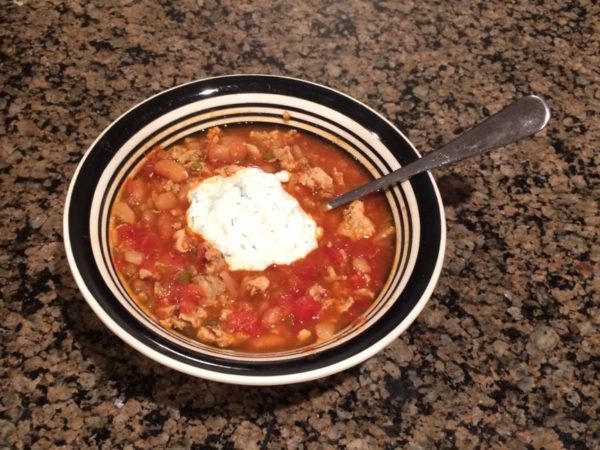 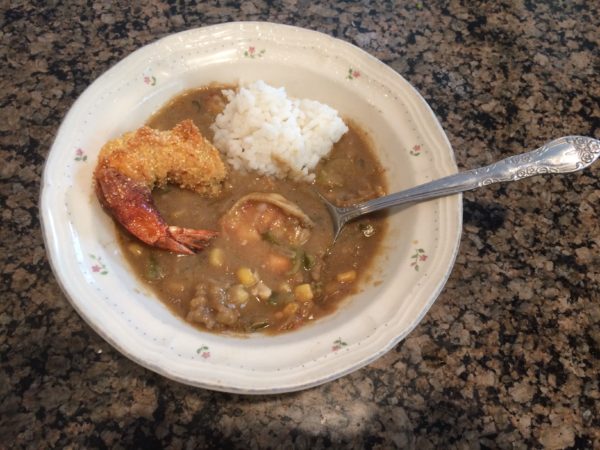